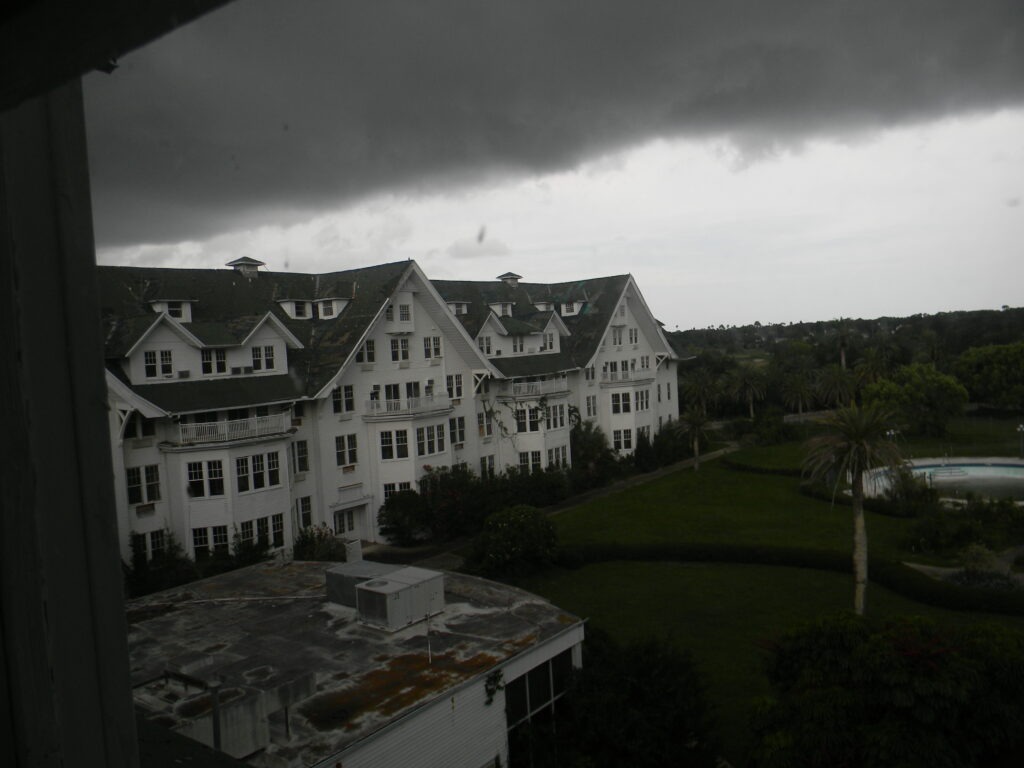 The final shooting of our episode in A&E-Bio’s “My Ghost Story” came to a close and it was quite the challenge on many levels.  The hotel itself was stripped down and almost unrecognizable from when we initially did out ghost hunt.  We found it quite difficult to reenact scenes from what had happened to us.  The Belleview Biltmore had very little power in selected areas (typically only for surveillance) and had one working bathroom in manager’s office the tunnel area.  No electrical meant no air conditioning so we had over 8 hours of shooting in 90+ degree temperatures inside the hotel.  We opened up a window or two in a few “cool down” areas.  We were met by managing member of BB Hotel LLC’s Matthew Cummings and his wife Lisa who were very gracious.  Lisa has a strong interest in the paranormal and gave us a tour of areas we did not get to see.  She felt “a hit” to the mid section and was caught off guard by it during our walk in the tunnel area.  Her hands shook for awhile as she shook off the experience.  We talked about having her join us on another ghost tour and we hope we can make that happen.

The condition of the hotel and the cost of repairing it fell on me like the storm cloud that started to cover the White Queen of the Gulf.  I have always been very optimistic about the plans to renovate the Belleview, but after that visit, I can’t help feeling that it may be all over for this historic hotel.  Gone was just about everything, carpets, fixtures and just about everything that made it look like a hotel.  The exterior looks relatively the same, but the inside is another story.  Just before the hotel closed it’s doors, it was remarkable and the only serious issues were the roof and the 4th and 5th floor.  Now, every area of the hotel looks like the 4th and 5th floor and worse!

We were happy to see they have saved many priceless items in an area (actually air conditioned) for a museum and the Tiffany Glass and a few light fixtures remain.  After seeing the condition of the hotel and some private discussion with the current managing partner Matthew, I now would be satisfied if they just preserved a portion of the hotel as a remembrance of it’s once great stature and converted it into a museum.  I guess fate will decide.  All the talk, hopes and dreams can only do so much.  It will take money and a serious deep pocket to save it.  To do your part to help save the hotel see Bonnie’s link here: http://www.spiritsofbelleviewbiltmore.com/blog/